Conference on Mathematical Analysis and PDE in Tsaghkadzor and Seminars in Yerevan, Armenia, September 14–24, 2022

The international conference Mathematical Analysis and Differential Equations held in Tsaghkadzor from 14 to 18 September, under support of Ministry of Education, Science, Culture and Sports of Armenia, Research Mathematics Foundation of Armenia, the Krasnoyarsk Mathematical Center, the Regional Mathematical Center of the Southern Federal University, and the Steklov Mathematical Institute of the Russian Academy of Sciences. Main local organizer – Professor, Doctor of Sciences, Aghavard Khachatryan.

On the photo: the delegation of the RMC of SFedU
At the opening of the conference on September 19, Alexey Karapetyants presented the scientific journal Journal of Mathematical Sciences (Springer Nature).

As part of the cultural program, the organizers and participants of the conference visited the stone monastery Kecharis built in the 11th century, the largest lake in Armenia - Lake Sevan, and many other local attractions.

Link to the conference video at Armenian News-NEWS.am https://youtu.be/4eAjt0eawuE

Before the conference, between 14-18 September, there was a research visit to the Institute of Mathematics of the National Academy of Sciences of Armenia, there were seminars and research discussions. As a part of the activities, at the seminar of Complex Analysis Department of the National Academy of Sciences of the Republic of Armenia, Alexey Karapetyants delivered a lecture Composition operators in generalized classes of analytic Gelder functions in a unit. Also, a report on "Fast continuous-time approach for nonsmooth convex optimization with time scaling and Tikhonov regularization" was presented by Mikhail Karapetyants.

On September 23, 2022, there was a meeting with Alexander Biryukov, Vice-President for Eastern European journals of Springer Nature Publishing House. Springer Nature is one of the world's largest publishers of scientific, educational, and professional literature. Alexey Karapetyants initiated this meeting with scientists from Armenia. The discussions cover the issue of publication activity of Armenian mathematicians and integration within the Editorial activities of Springer Nature.

From the Armenian side there were: Dean of the Faculty of Mathematics and Mechanics of YSU, Corresponding Member of NAS RA Arthur Sahakyan, Academician of NAS RA Gegham Gevorgyan, Head of the Department of Algebra and Geometry of YSU Varuzhan Atabekyan, Director of the Institute of Mathematics of NAS RA Rafik Aramyan. 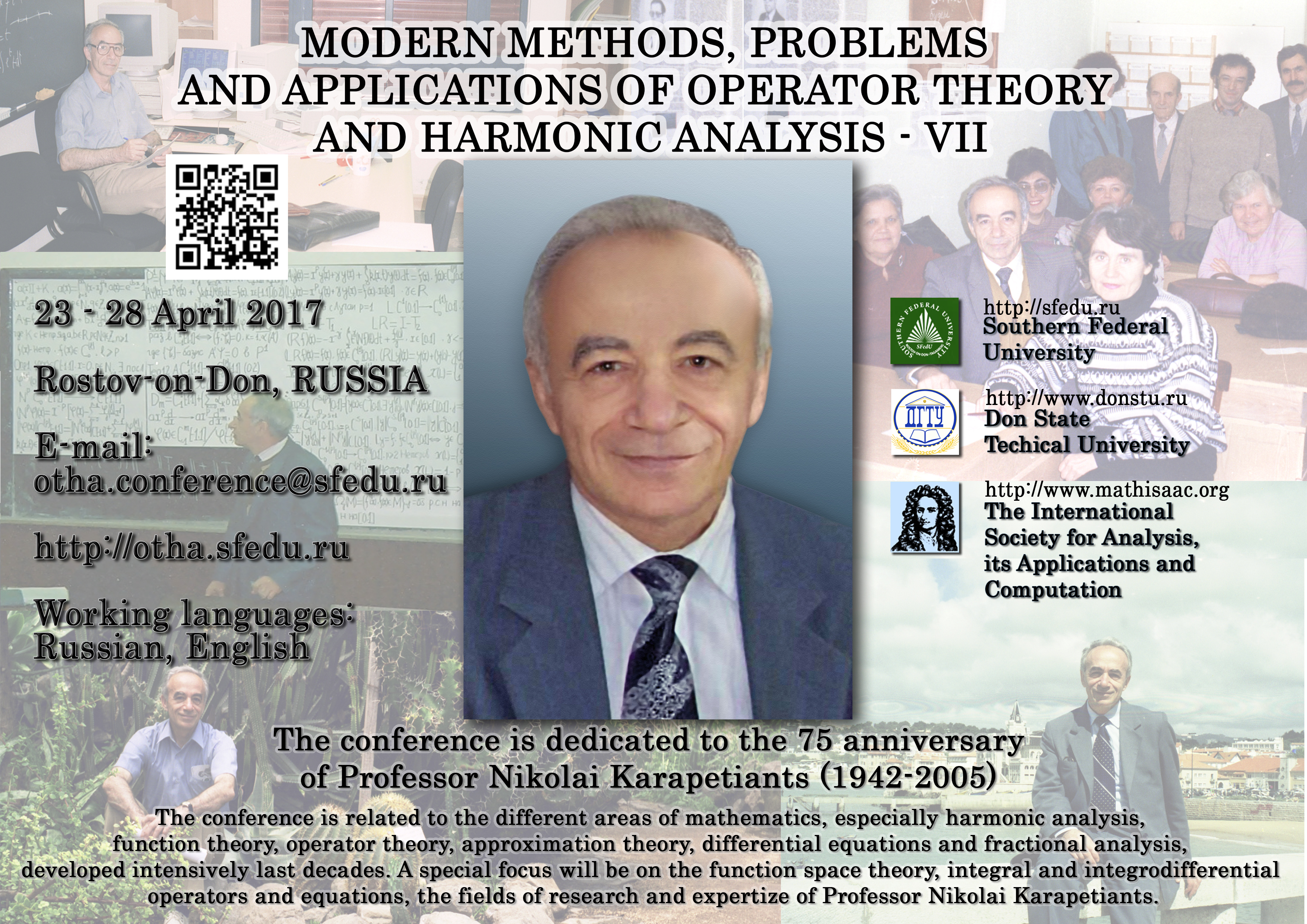